It’s been a pretty typical summer so far here in Venice. Mostly calm seas offshore, with all the usual suspects hitting the dock lately: yellowfin tuna, blackfin tuna, mahi mahi, red snapper, mangrove snapper, and cobia. The yellowfins were a little bit slow in May but they decided to come around in good numbers in June. A lot of the fish that were barely keepers back in March and April have now grown into nice 30lb fish. For a while we were catching most of the fish on live pogies, caught on the way out, but now we are starting to find some small hardtails offshore that the tuna have a hard time resisting. The dolphin (mahi mahi) fishing has been outstanding because of some beuatiful rip lines forming up. They have been caught on poppers, live baits, trolling lures and chum. Some days, we’ve had huge schools of dolphin swimming around the boat eating chum and we just wait to feed a bait to the bigger ones. The red snapper have been quick and easy on the way in with a 10-15lb average. We have been able to find some snapper over 20lbs when putting in the time to fish for the big ones. Mangrove snapper are there for the taking along with some cobia mixed in. Unfortunately, amberjack fishing is closed while snapper is open, but they should be available again August 1. Sorry I’m a little short on pictures beacause my gopro fell off my head during an unfortunate gaffing incident of an 80lb yellowfin tuna. Still caught the fish though. 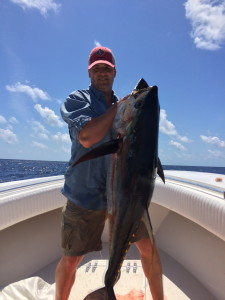 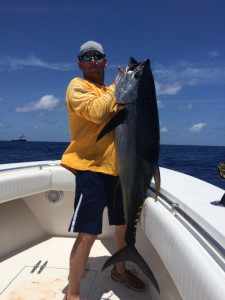 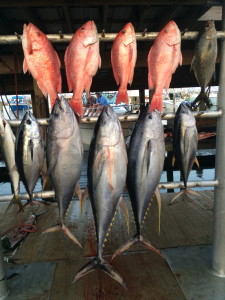 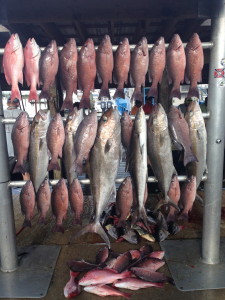 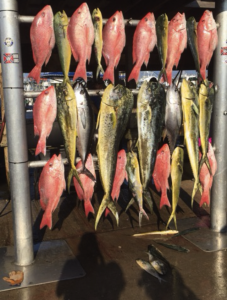 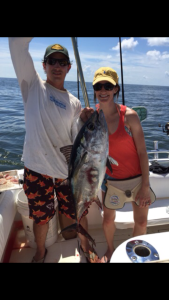 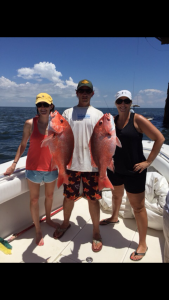 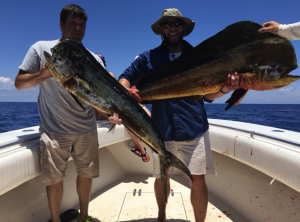 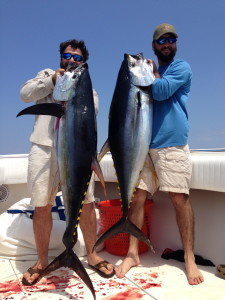 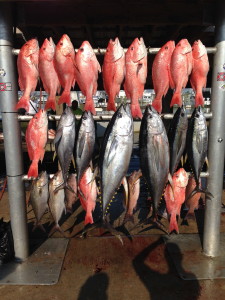 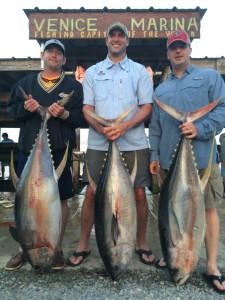