With all the rough days we had this October, the large number of calm days we’ve had in November has been a very nice surprise. Some days I was in shorts and flip flops feeling like summertime. The bad news was that the yellowfin tuna really slowed down close in behind the shrimp boats forcing us to make long runs to fish the floaters. There were fish on all the rigs I fished. The hard part was getting live bait to feed them. We caught fish on poppers and chum but the yellowfins really wanted the live bait. Most fish were nice school sized fish (60-80lbs) with a few fish over 100lbs mixed in. I won’t be fishing a lot in December so I’m looking forward to the wahoo to move in and the tuna to get on the lump in January. 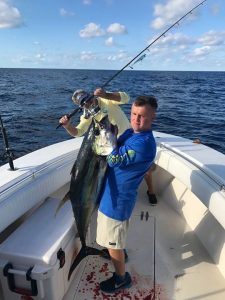 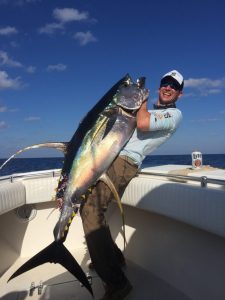 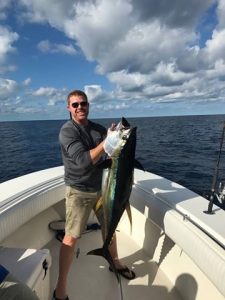 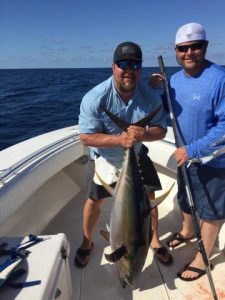 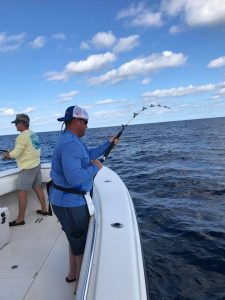 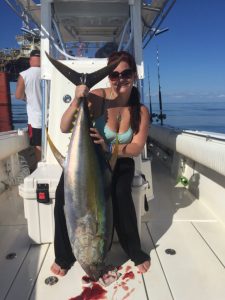 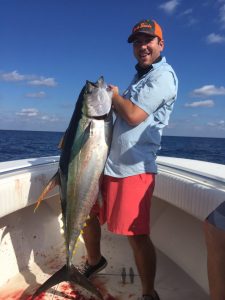 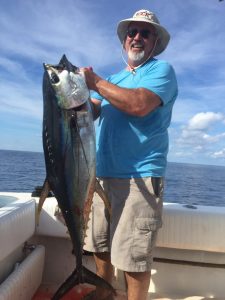 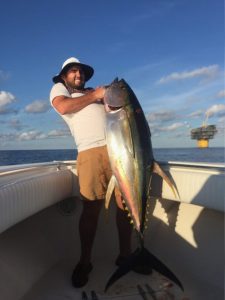 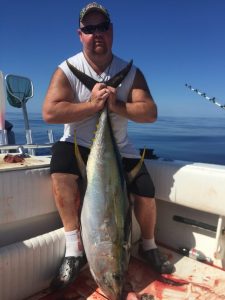